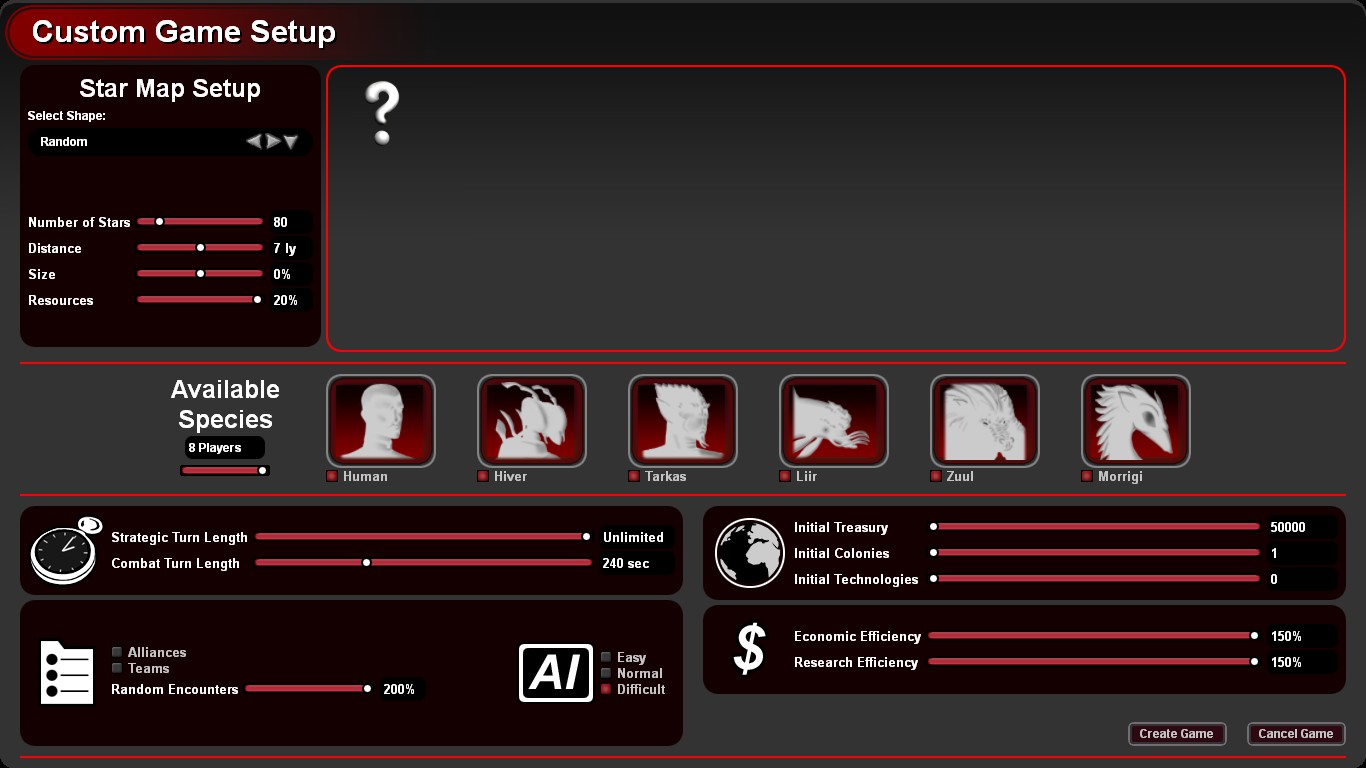 Youtube playlist of my (unedited) playtrough :
https://youtu.be/0u0jRzzwceo?list=PLkuJ ... jRJFgqrtnu
(No recording before turn 37 was made.)

Then not much happened before turn 37 :
I got unlucky being surrounded by independent colonies (then that was expected with 200% randoms and Swarms and Alien Derelicts seemingly disabled), the biggest, Liir one of them blocking my only route arm-ward. Liir being at +540 Climate Hazard I decided to try to Assimilate that colony using Wraith Abductors, but my early tries were unsatisfactory as, even full of beamer point defense, size 7 independent colony missiles proved too hard for my 6 Abductors to deal with without unacceptable losses (even on autoresolve). So I decided to wait until I got the first level of Command & Control tech. (Which was way too risky on my part considering that the only empire arm-ward were Liir!)
So, until then, I decided to focus my attention core-ward, where my closest neighbors are tasty Morrigi : 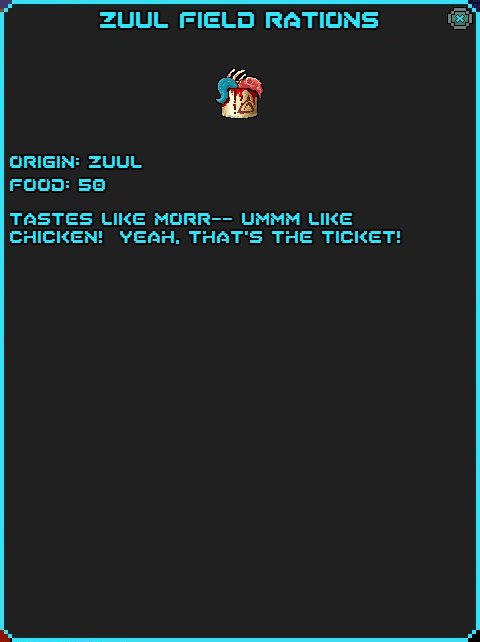 (I can say that I appreciate the subdued, not blinking, note icons.)

Here's the research before turn 37 : 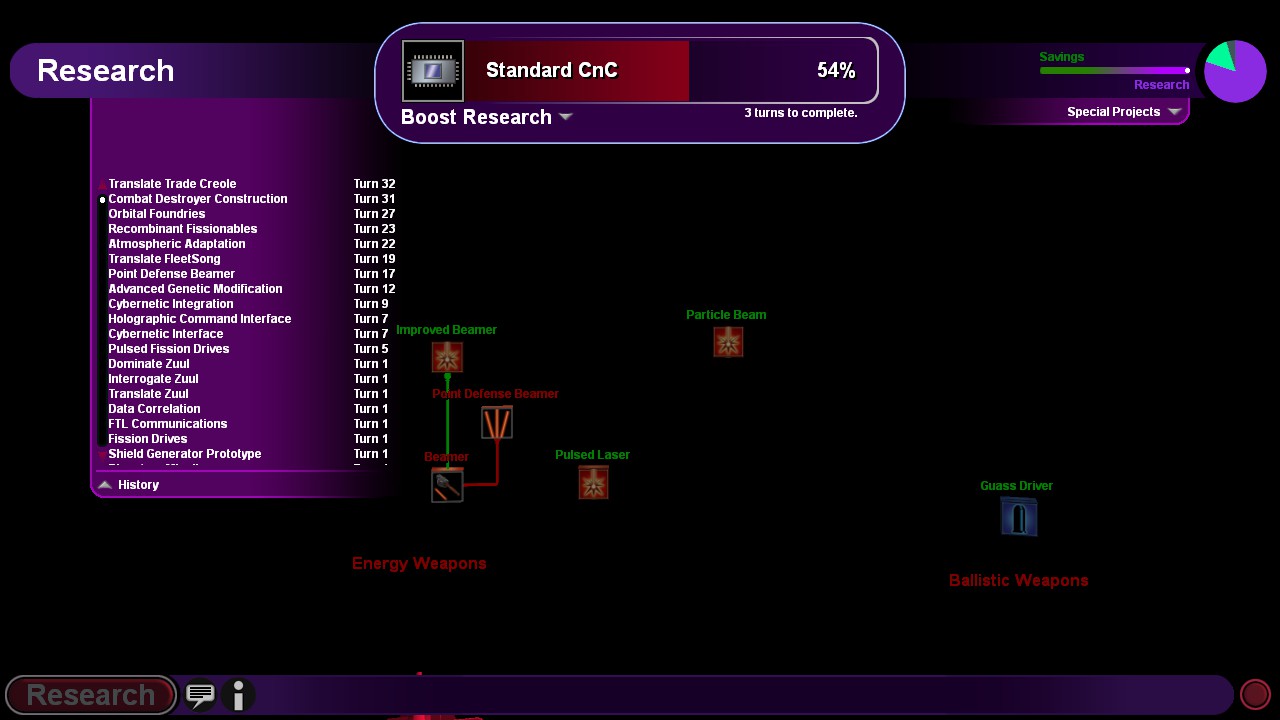 One small issue I ran into with 2.0b is Zuul fleets starting farther than their node point entries :
(Though so far they managed to get to the node point before the recharging timer ran out.)
[Click on the picture for the link to the correct time in the video:] 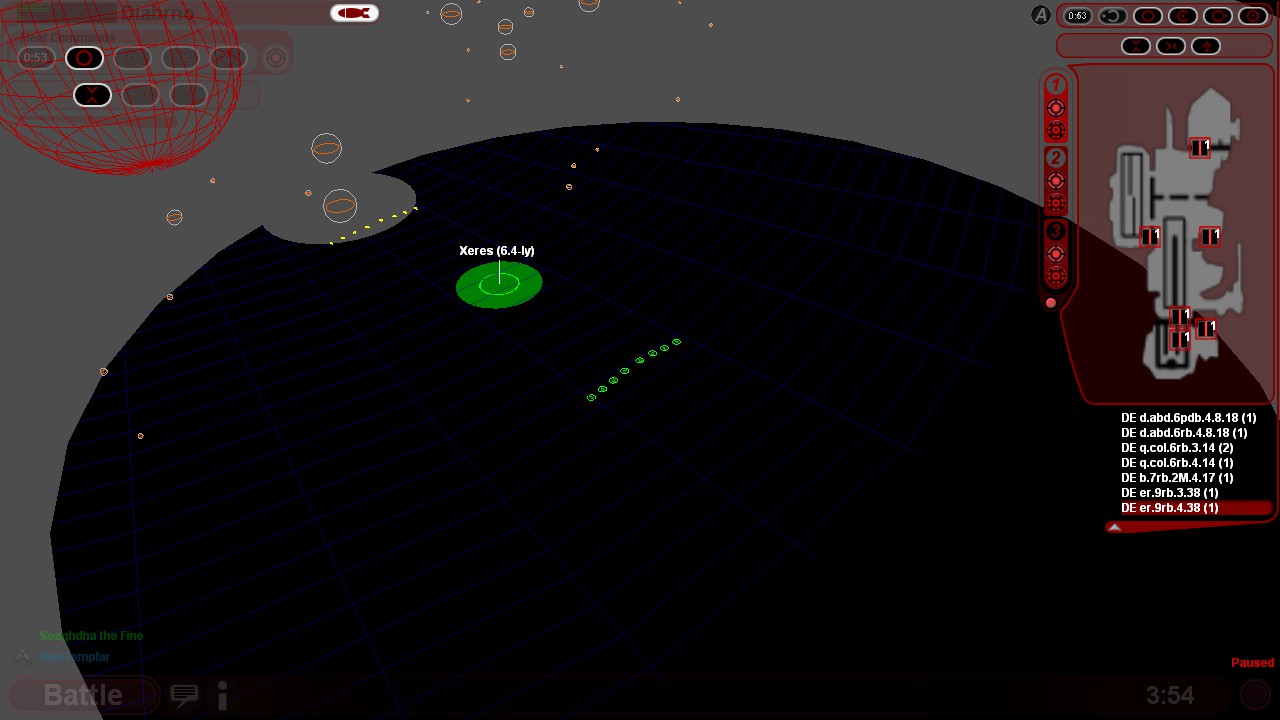 There might be an issue with "Alien Wreckage" aka Morrigi Tombs :
Either you start too far from them and the drones don't attack you (this is probably related to the issue just above).
I personally haven't confronted them yet, but there seems to be a lot fewer drones too?
(But perhaps it's by design?)
https://www.youtube.com/watch?v=eLblxTzCXWU&t=19m34s 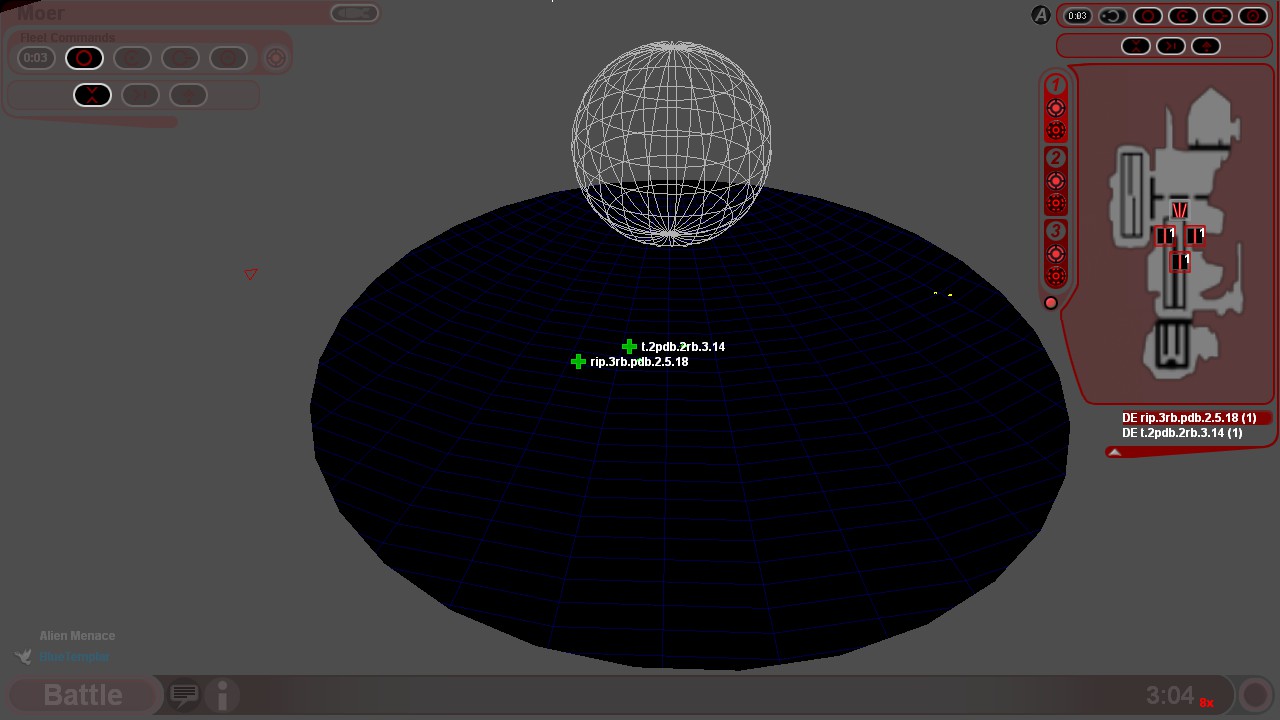 Some additional drone weirdness with another fleet present :
https://www.youtube.com/watch?v=2HZWjb7Iva0&t=28m26s

Sensors? I don't need any sensors, I can see them when just fine when they are being shot at!

Meanwhile some drones are just hanging out, seemingly not knowing whether they should attack me or Revenge Fleet...

At other times they seems to work fine, even though I'm getting the impression that they are bored out of their minds being stuck in that tomb, and would like to get out of that system, even if it means following a Rip Bore in a Zuul Node Tunnel!
https://www.youtube.com/watch?v=2HZWjb7Iva0&t=1h24m25s 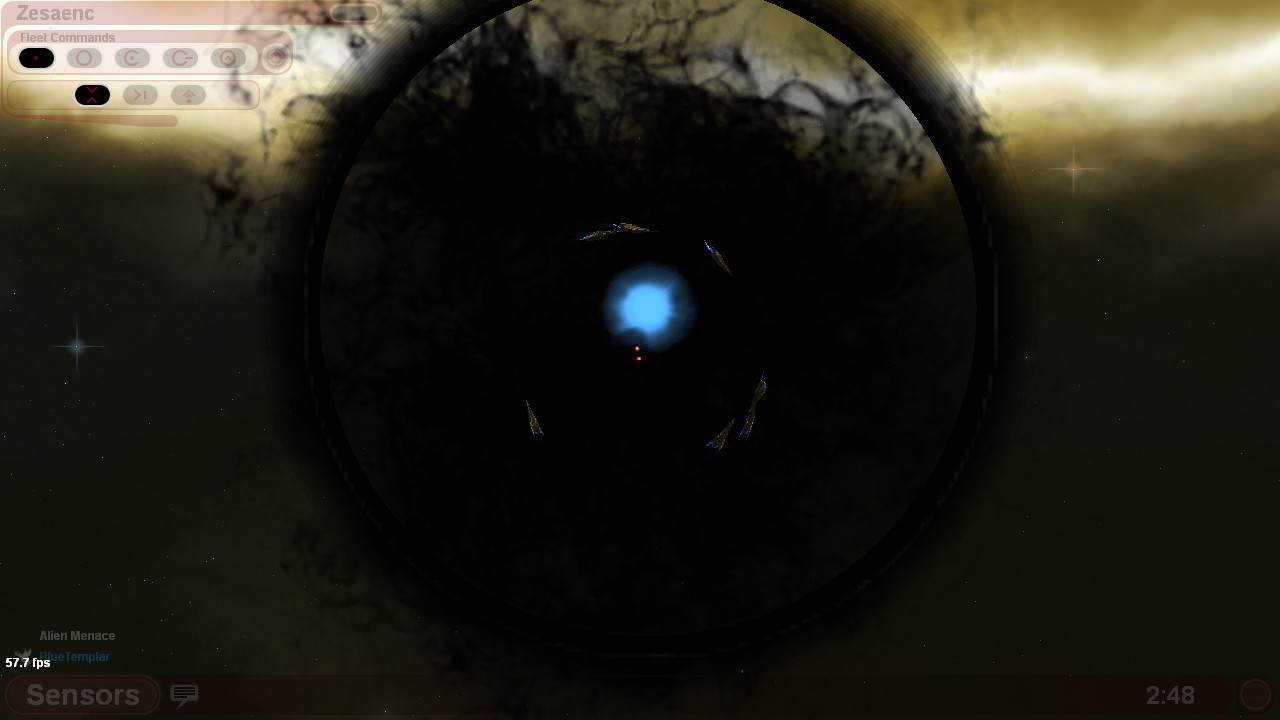 Turn 41 : First serious battle (of a loooong series) erupted around the Morrigi-held world of Diabrno :
https://www.youtube.com/watch?v=0u0jRzzwceo&t=23m23s It's pretty hard to kill hundreds of millions of imperials in the early game in bSotS... especially without assault shuttles! But the Zuul have a better idea...
|=====>BlueTemplar's Balance Mod 0.4b<=====|
-->The Weapons' Liberation Mod 1.4a for SotS1<--
Top

This is great! Glad to see someone making a tar of bsots !

Users browsing this forum: No registered users and 4 guests