Thanks! I still love this great game.
Top

Found the weirdest bug in my human vs Tarka battles, for some reason when targetting this particular command section of Tarkas dreadnoughts my beam weapons and accurate weapons hit a little forward of where their command sections are meaning that without manually telling them to aim anywhere else, shots are just wasted.
It'd be nice if desintegration beams simply targeted center of mass by default(mission sections)
I also noticed that most weapons are aiming on the command section a lot, I do use predictive aiming and/or AI command sections though, so it could be an issue with overaccuracy. 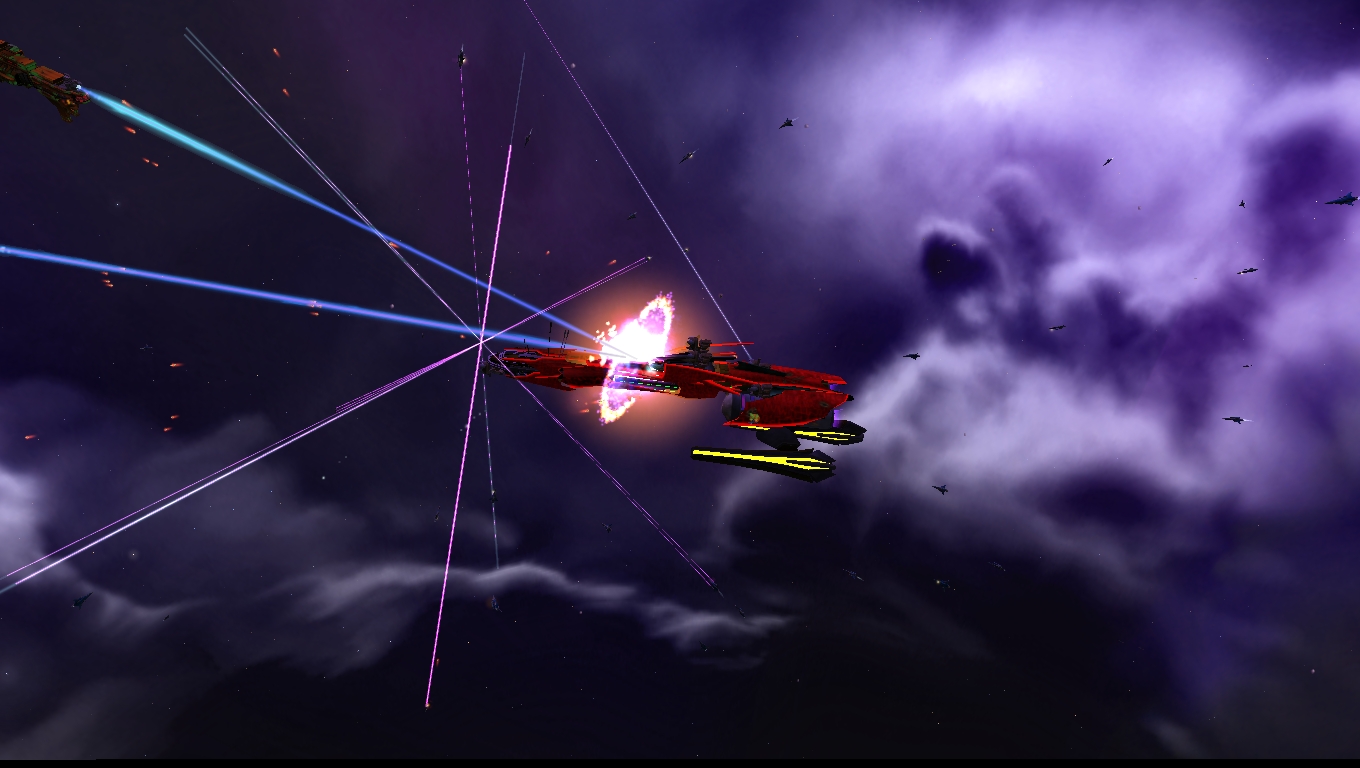 Those are UV Beamers from Drones, since they weren't told where to aim they default, the desintegration is shooting where i told it too, this problem has been keeping from simply sitting in the tactical view, since I have to check if the shots are landing or they're aiming off the ship.
This problem only happens with certain command sections, deflector sections are hit normally. No idea what those actually are since I never played tarkas
“To consider the Earth as the only populated world in infinite space is as absurd as to assert that in an entire field of millet, only one grain will grow.” - Metrodorus of Chios (400BC)

“If two ships are enough to do the job; bring ten.” - Steel